Upsilon Alpha Is Back! 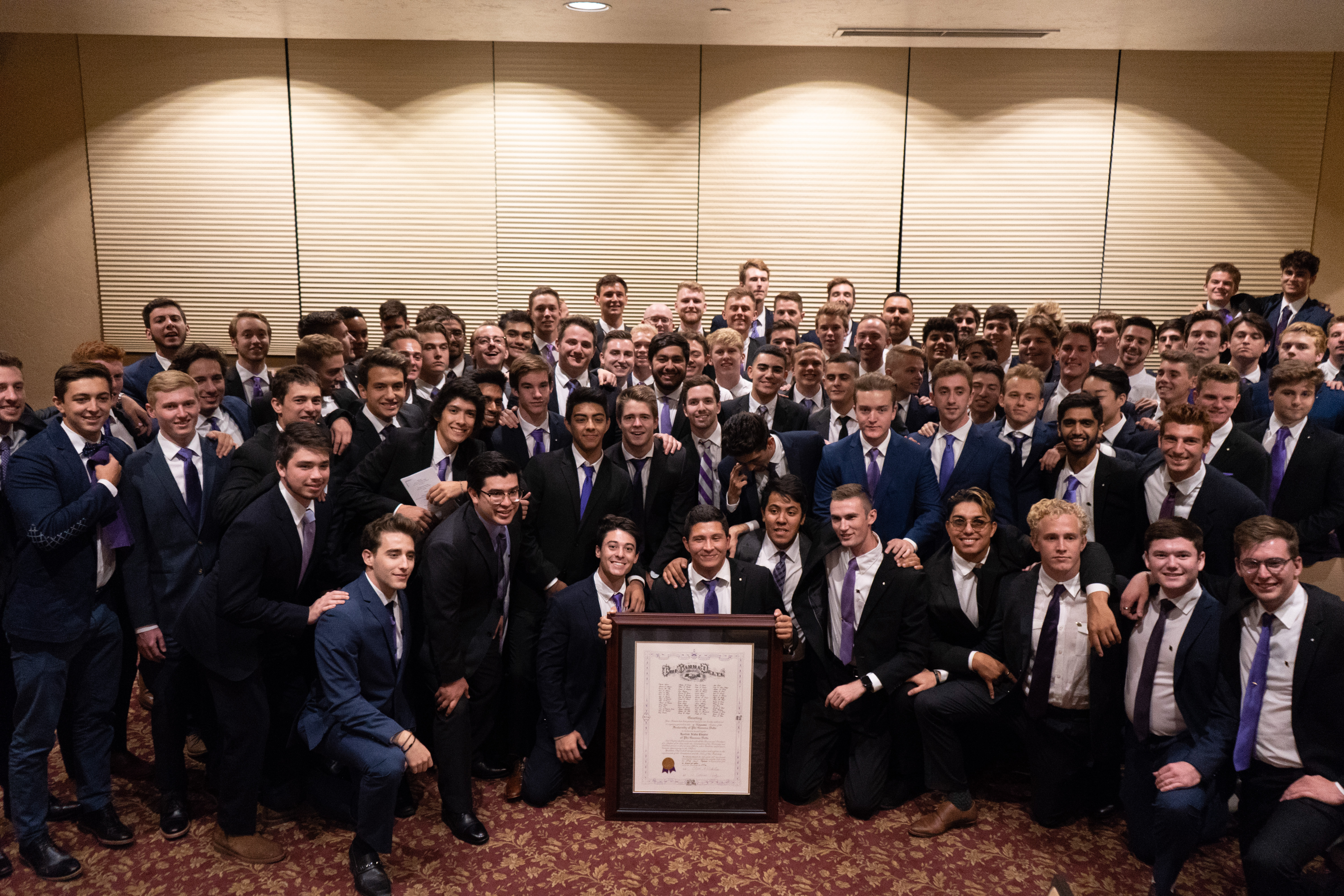 In October 2017, the Upsilon Alpha Delta Colony was formed.  The initial founding fathers were recruited by Matt Farrell and Alex Cruz.  The Colony began functioning as a Greek organization immediately and over the course of the fall semester 2017 and the spring semester 2018 amassed an amazing record of achievements.  In addition, it satisfied all the University requirements as well as those levied upon it by the Fraternity of Phi Gamma Delta.

The Delta Colony achieved higher than a 3.0 GPA in each semester and was in the top tier of scholarship for men’s Greek organizations.

It recruited a spring 2018 pledge class of 29 new members.

The Colony members accumulated a total of 1,428 hours of service to the community, an average of 19.5 hours per member and worked with more than eight different organizations in the Tucson area.  The Delta Colony conducted several Philanthropies and raised money for several charitable causes such as the Primavera Foundation and The Alzheimer Foundation.  It partnered with several sororities in raising money for the Make-a-Wish Foundation, the American Heart Association, and St. Jude’s Children’s Research Hospital.

The Colony participated in Intramurals reaching the playoffs in Football and Basketball.

Members of the Delta Colony were very active in campus organizations such as Chain Gang, ASUA, SMORES—the sophomore honorary, Primus—the freshman honorary, and numerous professional and service fraternities and clubs.  13 members were affiliated with the Honors College.

One member was voted “Homecoming King,” 4 members were UofA Varsity Cheerleaders, a Varsity Swimmer, and 3 were members of the UofA Track Team.

Having achieved such a record, the Colony men decided to petition the International Fraternity at it’s bi-annual Ekklesia (convention) in Dallas, Texas in July 2018.  After making a presentation to the Chartering Committee and receiving a favorable endorsement, the issue was put before the entire Ekklesia body of undergraduate FIJI’s from all chapters across the country for a vote.  The Delta Colony received overwhelming support and the matter was referred to the Archon Board (Board of Directors) for final approval.  The Archons approved the petition of the Upsilon Alpha Delta Colony to become the re-activated Upsilon Alpha CHAPTER of Phi Gamma Delta in the fall 2018.

On the weekend of September 21-22, the Upsilon Alpha Chapter was re-activated.  Over 60 Colony Brothers and 29 new members who pledged in the fall 2018 joined our ranks and became Brothers and Pledges of The Fraternity of Phi Gamma Delta.

The weekend was capped off with a Chartering Banquet that was held at the Tucson Country Club on Saturday night where over 220 members, guests, and parents had a great celebration.  The original charter granted in 1931 was on display and the new re-activation document with the Colony Founding Fathers names therein was unveiled.  It was a fitting culmination of a lot of hard work performed by a Colony of very dedicated men.

Our men are now proud to be a full-fledged part of the Greek system at the University of Arizona.